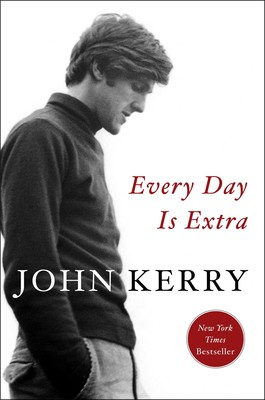 John Kerry tells the story of his life—from son of a diplomat to decorated Vietnam veteran, five-term United States senator, 2004 Democratic presidential nominee, and Secretary of State—in his new memoir, Every Day Is Extra (Simon & Schuster, 2018). Kerry is a 1976 graduate of Boston College Law and was awarded an honorary doctorate from BC in 2014. His public service career has spanned 50 years and as Secretary of State he traveled to more than 90 countries. In his autobiography, Kerry shares stories about colleagues Ted Kennedy and John McCain, as well as President Obama and other major figures, and provides forceful testimony for the importance of diplomacy and American leadership to address the increasingly complex challenges of a more globalized world. The publisher calls Every Day is Extra “candid…passionate, insightful, sometimes funny, [and] always moving.” Boston Globe review | NPR review |  Book tour information