The Ends of the World 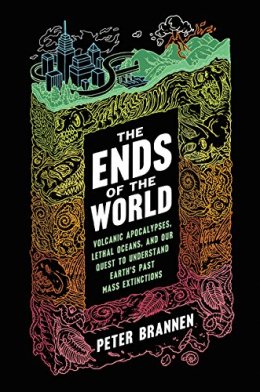 The world has ended five times: it has been broiled, frozen, poison-gassed, smothered, and pelted by asteroids. In The Ends of the World (Harper Collins, 2017), science journalist Peter Brannen dives deep, exploring Earth’s past dead ends, and in the process, offers a glimpse of a possible future. Part road trip, part history, and part cautionary tale, The Ends of the World tells the story of each extinction through examination of the fossil record and introduces the researchers who, using the forensic tools of modern science, are piecing together what really happened. Brannen is a Boston College alumnus who has written for the New York Times, The Atlantic, Wired, Washington Post, Slate, Boston Globe, Aeon, and others. Read a Boston College Magazine essay adapted from his book.

This entry was posted in Alumni Authors and tagged science. Bookmark the permalink.