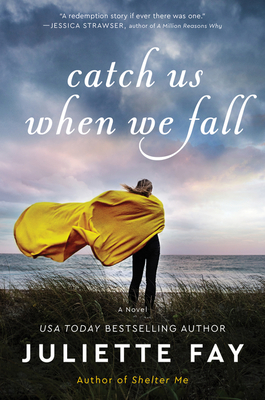 On her own after years in foster care, Cass Macklin finds herself broke, homeless, scared to death, and pregnant. Determined to build a stable life for herself and her child, Cass turns to the one person with the means to help her, the baby’s uncle—a professional baseball player with problems of his own. Cass is the protagonist in Catch Us When We Fall (William Morrow Paperbacks, 2021), the latest novel from bestselling author and Boston College graduate Juliette Fay. It is a story about second chances, redemption, and the power of hope. Fay’s previous novels, which have been translated into more than five languages, include Shelter Me, City of Flickering Light, and The Tumbling Turner Sisters, among others. Fay spoke with her hometown newspaper about Catch Us When We Fall.

This entry was posted in Alumni Authors and tagged fiction, novel. Bookmark the permalink.