Magdalene Laundries and the campaign for justice 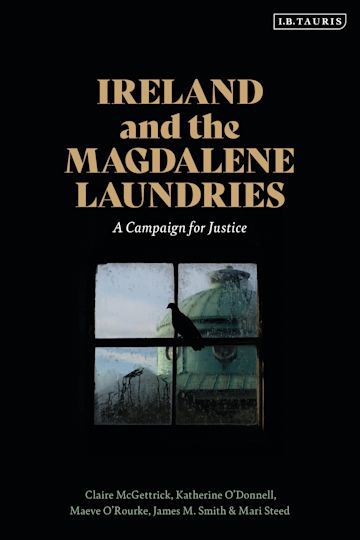 Between 1922 and 1996, over 10,000 Irish girls and women, specifically unmarried mothers, and those considered promiscuous, sexually abused, and/or a burden to their families or the state, were imprisoned and subjected to forced labor in Ireland’s Magdalene Laundries. The Laundries’ initial objective to “protect, reform, and rehabilitate” devolved to a regimen of cruel, psychological, and physical maltreatment of the incarcerated women and young girls. Utilizing the Irish government’s 2013 inquiry, as well as state records and survivors’ witness testimonies, a new book, Ireland and the Magdalene Laundries: A Campaign for Justice (Bloomsbury, 2021), not only provides a detailed account of life behind the asylums’ secluded walls, but explores academic and survivor activism. The volume is co-authored by Boston College Associate Professor of English and Irish Studies James M. Smith; BC alumna Katherine O’Donnell of University College Dublin; Claire McGettrick (University College Dublin); Maeve O’Rourke (National University of Ireland, Galway), and Mari Steed, born in the Bessborough Mother and Baby Home in County Cork, whose mother lived in a Magdalene Laundry, and one of more than 2,000 children exported—at age two—from Ireland for adoption in the U.S. Smith is also the author of the 2007 book Ireland’s Magdalen Laundries and the Nation’s Architecture of Containment (Notre Dame Press). Read more from BC News.

3 Responses to Magdalene Laundries and the campaign for justice