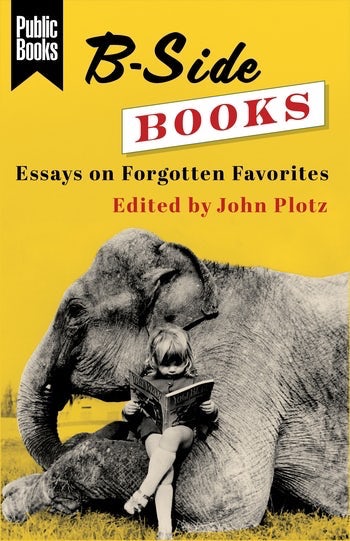 Writers Elizabeth Graver and Carlo Rotella, both professors in the English Department, have contributed essays to the new book B-Side Books: Essays on Forgotten Favorites (Columbia University Press, 2021). Edited by John Plotz of Brandeis University, B-Side Books pays homage to underappreciated published works. The contributors—writers, scholars and critics—offer essays highlighting the virtues of a particular overlooked novel, poetry collection, or memoir that is a personal favorite of theirs. Graver’s essay is on Edward P. Jones’s short story collection, All Aunt Hagar’s Children. She “thinks it is the miniaturization of Edward Jones’s short stories that makes them sublime. She praises the way he carves out space and time for even the minorest of minor characters to have ‘a story; in one sentence, we glimpse its comedy, its force, its cosmic arc.'” Rotella’s essay is on Charles Portis’s novel Gringos. Rotella “worships the way [Portis’s] ‘prose can carry, with no apparent effort, such a charge of complex feeling—at once funny and sad, mock epic and genuinely stirring.'” Read reviews in the Washington Post and Arts Fuse.

This entry was posted in Boston College Authors and tagged English Department. Bookmark the permalink.