So You Want to Talk about Race 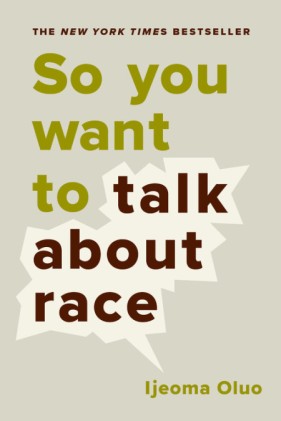 Ijeoma Oluo, author of bestseller So You Want to Talk about Race (Seal Press/Hachette Group, 2018), will give a presentation on her book on March 24 at 7 p.m. as part of the virtual Boston College Lowell Humanities series. Oluo’s acclaimed book guides readers through subjects ranging from intersectionality and affirmative action to the model minority myth in order to foster honest conversations about race and racism in the United States. Publishers Weekly called her book “a topical book in a time when racial tensions are on the rise.” Oluo’s writing, focused on issues of race and identity, feminism, social and mental health, social justice, and the arts, has been featured in the Washington Post, Guardian, and Elle and Time magazines, among other outlets. She was named one of The Root’s 100 Most Influential African Americans in 2017, and won the 2018 Feminist Humanist Award from the American Humanist Society. Her most recent book is Mediocre: The Dangerous Legacy of White Male America. Her Boston College appearance is supported by an Institute for the Liberal Arts Major Grant Award and co-sponsored by the Connell School of Nursing, the Center for Teaching Excellence, and Intersections. Pre-registration is required; details and a link can be found at bc.edu/lowell.