Portraits of the American West 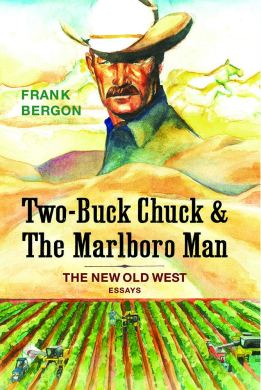 Frank Bergon, a novelist, critic, and essayist who grew up on a ranch in California’s San Joaquin Valley, brings his intimate knowledge of the area and writing talents together in his new book, Two-Buck Chuck & The Marlboro Man: The New Old West (University of Nevada Press, 2019). Bergon’s book is a collection of essays about real-life figures from the American West, a diverse area of ethnicities and lives that straddle the Old West and 21st century realities. Their stories are often unheard and their region of the country often misunderstood. Bergon is a Boston College alumnus who has taught at the University of Washington and Vassar College and is a member of the Nevada Writers Hall of Fame. His other books include Jesse’s Ghost, Shoshone Mike, and Wild Game.

This entry was posted in Alumni Authors and tagged American West, California. Bookmark the permalink.