Cultural impact of The Overworked American 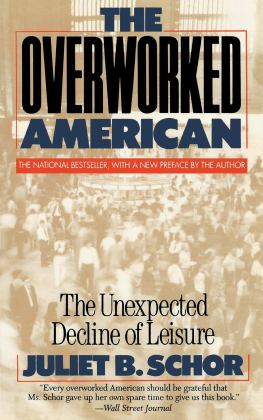 A new paper published by the American Sociological Review looks at the top social science books of the last 30 years whose ideas broke through from academia into the public consciousness. The Overworked American: The Unexpected Decline of Leisure (Basic Books, 1992) by Professor of Sociology Juliet Schor was one of the seven books cited. The paper’s authors measured the transition from sociology to public social science in part by how much the idea was an object of interest for the news media and how much the idea was used to make sense of the news. The Overworked American was a national bestseller. Schor’s other books include True Wealth: How and Why Millions of Americans are Creating a Time-Rich, Ecologically Light, Small-Scale, High-Satisfaction Economy;  The Overspent American: Why We Want What We Don’t Need, and  Born to Buy: The Commercialized Child and the New Consumer Culture.