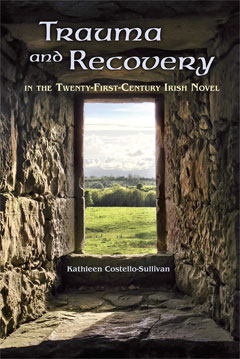 Boston College alumnus Mark Doyle, an associate professor at Middle Tennessee State University, will present the fall Dalsimer Lecture: “Black and Brown Amidst the Orange and Green: Toward a Multiracial History of Ireland” on Sept. 27 at 5 p.m. Doyle’s lecture will explore the deep history of Asian and African immigrants and visitors to Ireland in the 18th and 19th centuries. He argues for a new history of Ireland that not only incorporates the experiences of nonwhite people but also uses those experiences to understand Irish attitudes toward race, immigration, and empire in the modern era. Doyle is the author of Communal Violence in the British Empire: Disturbing the Pax and Fighting like the Devil for the Sake of God: Protestants, Catholics, and the Origins of Violence in Victorian Belfast, and editor of The British Empire: A Historical Encyclopedia. The lecture will be followed by the launch of the book Trauma and Recovery in the Twenty-First-Century Irish Novel (Syracuse University Press), by BC alumna Kathleen Costello-Sullivan, dean of the College of Arts and Sciences and professor of modern Irish literature at Le Moyne College, and vice president of the American Conference for Irish Studies. In Trauma and Recovery, Costello-Sullivan uses the work of Colm Tóibín, John Banville, Anne Enright, Emma Donohue, Colum McCann, and Sebastian Barry to highligh the power of narrative to amend and address memory and trauma and the possibility of recovery. Her previous publications include Mother/Country: Politics of the Personal in the Fiction of Colm Tóibín. Events take place in Devlin Hall, room 101. Sponsor: Center for Irish Programs.