Love and marriage in today’s India 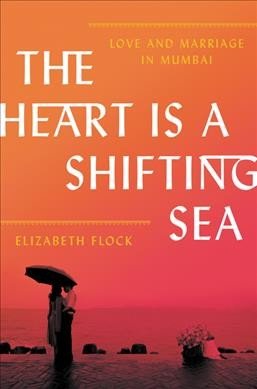 In India today, tradition is colliding with Western culture, creating an uneasy fusion whose impact is most evident in the institution of marriage. In her new book, The Heart Is a Shifting Sea: Love and Marriage in Mumbai (Harper, 2018), journalist Elizabeth Flock takes a deep dive into the married lives of three couples as they navigate issues such as infertility, women’s roles, religious tradition, and infidelity. Flock  spent close to a decade getting to know these couples—listening to their stories and living in their homes, where she was privy to countless moments of marital joy, inevitable frustration, dramatic upheaval, and whispered confessions and secrets. The Heart Is a Shifting Sea is both a look at the universal mysteries of love and marriage and a portrait of a nation in the midst of transition. A graduate of Boston College, Flock is a reporter for PBS NewsHour. She began her career at Forbes India Magazine, and has worked for U.S. News & World Report and the Washington Post. She has also written for the New York Times, the Atlantic, Al Jazeera, the Hindustan Times and the Hindu. National Public Radio interview.

This entry was posted in Alumni Authors and tagged India, marriage, nonfiction, tradition. Bookmark the permalink.

1 Response to Love and marriage in today’s India