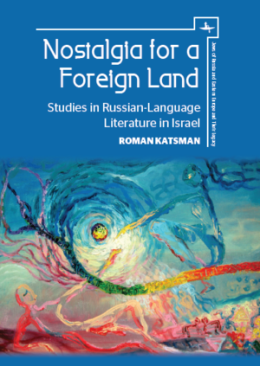 Professor Roman Katsman of Bar-Ilan University in Israel will present a lecture titled “New Literary Geography: Demarginalization of Russophone Literature in Israel” on Oct. 12 at noon in Lyons Hall 207. Katsman is the author of six books and numerous articles about Hebrew and Russian literatures, and Jewish-Russian and Russian-Israeli literature and thought. His most recent book, Nostalgia for a Foreign Land, examines the Russian-language literature in Israel. His other major publication include Literature, History, Choice: The Principle of Alternative History in Literature, At the Other End of Gesture. Anthropological Poetics of Gesture in Modern Hebrew Literature and The Time of Cruel Miracles: Mythopoesis in Dostoevsky and Agnon. Sponsors: Department of Slavic and Eastern Languages and Literatures, the Jewish Studies Program, the Heinz Bluhm Memorial Lecture Series, and the East European Studies Minor.

This entry was posted in Guest Authors and tagged Israel, Russian, Slavic and Eastern Languages Dept. Bookmark the permalink.