It began in Boston 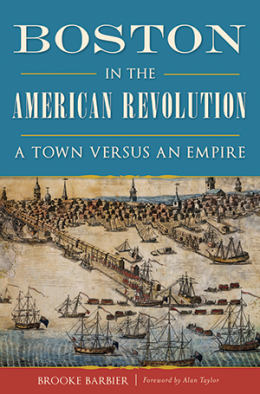 In her new book, Boston College alumna Brooke Barbier tells the story of how Boston radicalized itself against the world’s most powerful empire and helped found the United States of America. Covering the period from 1763 to 1776, Boston in the American Revolution: A Town versus an Empire (Arcadia Publishing/The History Press, 2017) is about ordinary people who lived in an extraordinary time. Barbier tackles familiar subjects like the Boston Massacre and the Boston Tea Party and Paul Revere and Samuel Adams, but also reveals the truth about lesser known people and places. She also is the founder of Ye Olde Tavern Tours in Boston. | Book trailer