A love story of social action 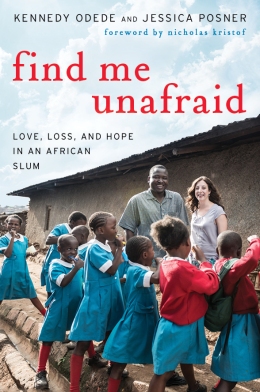 The Winston Center for Leadership and Ethics will present a lecture by Kennedy Odede and Jessica Posner Odede, an inspiring story of love and social action that has transformed the lives of vulnerable girls and the poor in the slums of Kenya. Kennedy was born and raised in Kibera, Kenya, one of the largest urban slums in Africa. Jessica met him while on semester abroad from Wesleyan University. Together, they have founded Shining Hope for Communities, a nonprofit that centers around a girl’s school and holistic community services focused on health, clean water and sanitation, ending gender based violence and creating economic empowerment. On Mar. 28 at 6 p.m. in Gasson 100, they will discuss their story, which is the told in their book, Find Me Unafraid: Love, Loss, Hope in an African Slum. Kennedy was named a Forbes 30 Under 30 Social Entrepreneur and is a recipient of a Muhammad Ali Humanitarian Award.  Jessica won the 2010 Do Something Award and was named “America’s top-world changer 25 and under.”

This entry was posted in Guest Authors and tagged Africa, Carroll School of Management, education, poverty, Winston Center for Leadership and Ethics. Bookmark the permalink.