Immigration control has a long history 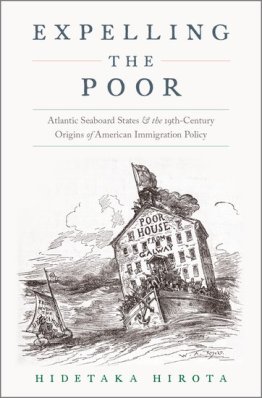 Historian Hidetaka Hirota, a Boston College alumnus, has published Expelling the Poor: Atlantic Seaboard States and the Nineteenth-Century Origins of American Immigration Policy (Oxford University Press, December 2016), a groundbreaking work that fundamentally revises the history of American immigration policy. Historians have long assumed that immigration to the United States was free from regulation until the introduction of federal laws to restrict Chinese immigration in the 1880s. In his new book, Hirota shows that nativists in New York and Massachusetts—faced with the influx of impoverished Irish immigrants over the first half of the nineteenth century—built upon colonial poor laws to develop policies for prohibiting the landing of destitute foreigners and deporting those already resident to Europe, Canada, or other American states. This state-level treatment of destitute immigrants set precedents for the use of unrestricted power against undesirable aliens on a federal level. Hirota, who earned a doctorate in history at BC, was honored for his scholarship while a student. The Organization of American Historians presented him with the Louis Pelzer Memorial Award, given annually for the best essay in American history by a graduate student. His dissertation was awarded the William Nelson Cromwell Foundation Prize from the American Society for Legal History.

This entry was posted in Alumni Authors and tagged History Department, immigration. Bookmark the permalink.

2 Responses to Immigration control has a long history