The War on Poverty 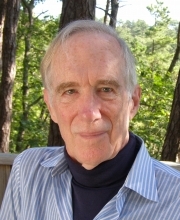 Christopher Jencks, the Macolm Wiener Professor of Social Policy at the Harvard Kennedy School, will give a talk titled “The War on Poverty: Did We Give up Too Soon?” on  Apr. 11 at 4:30 p.m. in Fulton Hall, room 230. Jencks is a member of the editorial board of the American Prospect. His recent research deals with changes in family structure over the past generation, the costs and benefits of economic inequality, the extent to which economic advantages are inherited, and the effects of welfare reform. His books include The Academic Revolution (with David Riesman); Inequality: Who Gets Ahead?; The Urban Underclass (with Paul Peterson); Rethinking Social Policy; The Homeless; and The Black White Test Score Gap (with Meredith Phillips). He is a former fellow of the Institute for Policy Studies in Washington, DC and former editor of the New Republic. Sponsors: Institute for the Liberal Arts, Political Science Department, School of Social Work, and Sociology Department.