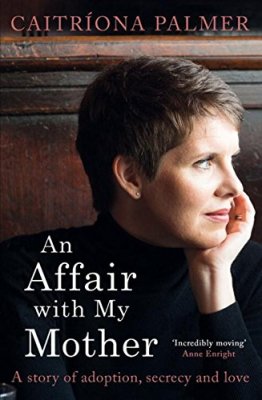 Journalist and BC alumna Caitríona Palmer was born in Dublin in 1972 to an unwed mother. Raised by loving adoptive parents, she still was eager to track down her birth mother. When she was in her late 20s, she connected with her birth mother and they developed a strong attachment. But her birth mother had one painful condition, she wished to keep Caitríona secret from her family, from her friends, from everyone. In her new memoir, An Affair with My Mother: A Story of Adoption, Secrecy and Love (Penguin Random House, 2016), Palmer writes of the social and familial forces that left her birth mother–and so many other unwed Irish mothers of her generation– frightened, traumatized and bereft.The author calls out the false shame of her origins and describes how it feels to be – in the interests of Catholic “respectability” – excluded from the facts of your own life. Palmer writes for the Irish Independent and, previously, for the Irish Times. Read more in the Irish Times | Daily Mail.

This entry was posted in Alumni Authors and tagged adoption, Ireland, memoir. Bookmark the permalink.