A Study of Soul in Plotinus 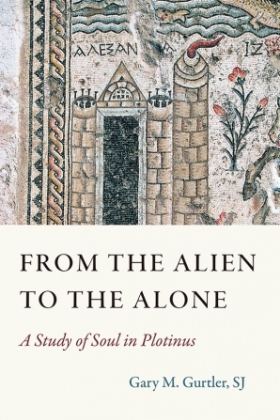 Plotinus is often accused of writing haphazardly, with little concern for the integral unity of a treatise. In the new book From the Alien to the Alone: A Study of Soul in Plotinus (Catholic University of America Press, 2022), BC Professor of Philosophy Gary M. Gurtler, S.J., analyzes each treatise as a whole and finds much evidence that Plotinus constructed them skillfully, with the parts working together in subtle ways. From the Alien to the Alone also serves to clarify Plotinus’ rich use of images. From the publisher: “While this work confirms much recent scholarly consensus on Plotinus, many of Gurtler’s interpretations and general conclusions give constructive challenges to some existing modes of understanding Plotinus’ thought. The arguments and their textual evidence, with the accompanying Greek, provide the reader with direct evidence for testing these conclusions as well as appreciating the nature of Plotinus’ philosophizing.”

1 Response to A Study of Soul in Plotinus