How the South Won the Civil War 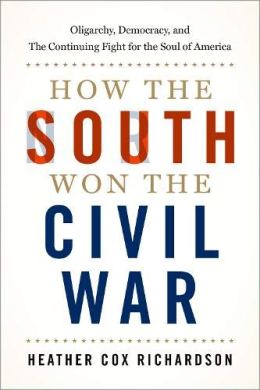 In a provocative new book, Boston College Professor of History Heather Cox Richardson argues that while the North prevailed in the Civil War, the ideals of the Old South survived and thrived by establishing a foothold in the West. How the South Won the Civil War: Oligarchy, Democracy, and the Continuing Fight for the Soul of America (Oxford University Press, 2020) traces how as new states entered the Union in the late 19th century, western and southern leaders found common ground. Richardson further suggests that the essential paradox of American history is that democracy has always depended on inequality–and that’s what makes democracy vulnerable to oligarchs.