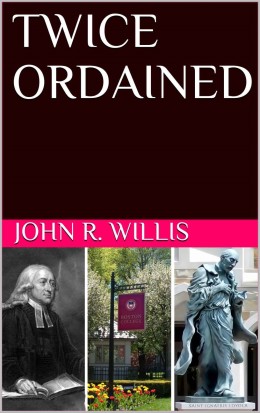 John R. Willis, S.J., (1917-2001) was a popular professor of history at Boston College who was known for his humility, sense of humor, and eclectic interests, which ranged from opera to movies to motorcycles. He also served as dean of BC’s College of Arts & Sciences and was devoted to prison ministry. Before he entered the Society of Jesus, Fr. Willis had been a Congregationalist minister. A memoir written by Fr. Willis was recently unearthed from a forgotten moving box. Fr. Willis’ friend of 40 years and fellow Jesuit Harvey Egan, S.J., edited and published the memoir under the title Twice Ordained. The volume offers an intimate view of a person dealing with the deaths of his parents and with religious bigotry after he was received into the Roman Catholic Church, as well as his musings on Jesuit academic life, music, and his travels. According to Fr. Egan, Fr. Willis’ book “shows a person unafraid to reveal his intimate longings, loves, joys, friendships, hopes, fears, mistakes, and disappointments.”

This entry was posted in Boston College Authors and tagged Jesuit author, memoir. Bookmark the permalink.