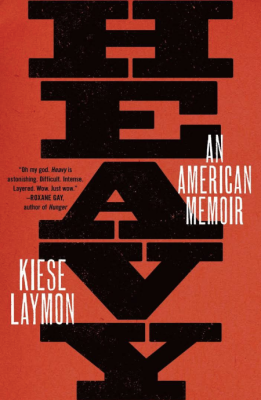 Kiese Laymon, the Ottilie Schillig Professor of English and Creative Writing at the University of Mississippi, will give a lecture on his award-winning memoir Heavy: An American Memoir (Scribner, 2018) on Sept. 25 at 7 p.m. in Gasson Hall, room 100. Heavy was winner of the Carnegie Medal for Nonfiction, the LA Times Isherwood Prize for Autobiographical Prose, and Audible’s Audiobook of the Year, and was named one of the Best Books of 2018 by the New York Times, Publishers Weekly, NPR, Library Journal, The Washington Post, Southern Living, and Entertainment Weekly, among others. Laymon also is the author of the essay collection How to Slowly Kill Yourself and Others in America, and the novel Long Division.  In his observant, often hilarious work, Laymon does battle with the personal and the political: race and family, body and shame, poverty and place. In addition, Laymon has written for Esquire, ESPN The Magazine, The Los Angeles Times, The Guardian, and Ebony, among many other outlets. His next project is the novel And So On, due out in 2020. Sponsor: Lowell Humanities Series. Read a Boston Globe Q&A with Laymon.