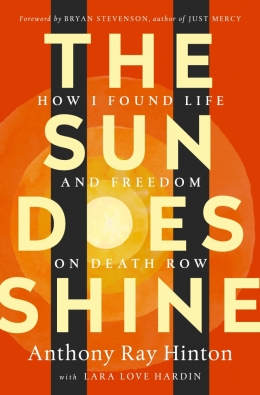 Anthony Ray Hinton, who was exonerated after spending nearly 30 years on death row, will present “Surviving Criminal Justice in America” on Apr. 3 at 4:00 p.m. in the Murray Function Room at Yawkey Center. Hinton was wrongfully convicted of two 1985 murders in Alabama and sentenced to die. After an extended legal battle, his conviction was overturned by the U.S. Supreme Court and ultimately the charges against him were dismissed. After his release, he wrote (with Lara Love Hardin) the bestselling book, The Sun Does Shine: How I Found Life and Freedom on Death Row (St. Martin’s Press, 2018). The book, chosen as Oprah’s Book Club Summer 2018 Selection, has been called “an extraordinary testament to the power of hope sustained through the darkest times.” Hinton has become an advocate for reform in America’s criminal justice system and serves as the community educator for Equal Justice Initiative, the nonprofit organization that helped free him. Sponsors: Division of Student Affairs, Office of the Provost and Dean of Faculties, and University Mission and Ministry. A book signing will follow Hinton’s talk. Read an excerpt from Hinton’s book in The Guardian.

This entry was posted in Guest Authors and tagged criminal justice, memoir. Bookmark the permalink.