Religion in the White House 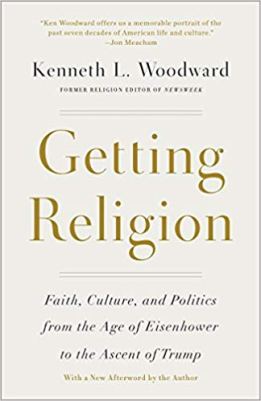 Kenneth L. Woodward, who was the religion editor at Newsweek magazine for nearly 40 years, will present the 2nd Annual Wolfe Lecture on Religion and American Politics on Mar. 14 in Gasson Hall, room 305, beginning at 6 p.m. In his talk, titled “Religion in the White House,” Woodward will discuss how most of the assumptions about the relationships between religion and politics are wrong. He will argue that no connection can be found between any American president’s religious faith, or lack of it, and his foreign or domestic policy. Then he will examine the so-called “religious vote,” particularly the Evangelical vote in the 2016 election. Woodward is the author of four books, including Getting Religion: Faith, Culture, and Politics from the Age of Eisenhower to the Ascent of Trump. RSVP: Boisi Center for Religion and American Public Life.

This entry was posted in Guest Authors and tagged Boisi Center for Religion and American Public Life, politics, religion. Bookmark the permalink.