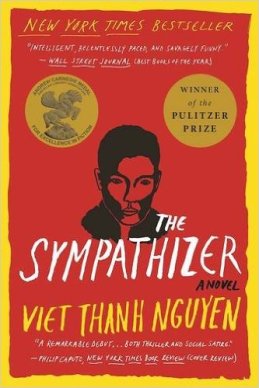 Pulitzer Prize winner Viet Thanh Nguyen will talk about his best-selling novel, The Sympathizer, on Mar. 21 at 7:00 p.m. in Gasson Hall, Room 100. In addition to the Pulitzer, The Sympathizer has been awarded the Dayton Literary Peace Prize, the Edgar Award for Best First Novel, the Andrew Carnegie Medal for Excellence in Fiction, a Gold Medal in First Fiction from the California Book Awards, and the Asian/Pacific American Literature Award, among other honors. A black comedy, historical novel, and literary thriller, The Sympathizer follows a nameless spy who has infiltrated the South Vietnamese army and flees with its remnants to America. His mission: report on their efforts to continue their lost war. Nguyen’s other books include Nothing Ever Dies: Vietnam and the Memory of War (a finalist for the National Book Award in nonfiction) and a short story collection, The Refugees. He is a University Professor, the Aerol Arnold Chair of English, and a Professor of English, American Studies and Ethnicity, and Comparative Literature at the University of Southern California. His writing has appeared in the New York Times, Time, The Guardian, The Atlantic, and other venues. Sponsors: Lowell Humanities Series, Asian American Studies, the English Department, and the Institute for the Liberal Arts. | NPR interview, Late Night with Seth Meyers