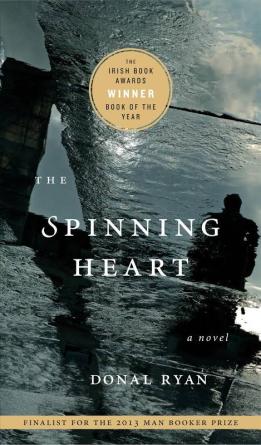 Award-winning novelist and short story author Donal Ryan will read from a selection of works on Feb. 22 at 4:30 p.m. in Devlin Hall, room 101. Ryan was awarded a 2015 European Union Prize for Literature. His debut novel, The Spinning Heart, was honored with the 2013 Guardian First Book Award and has been adapted for the stage. He is also the author of the novels, The Thing About December and All We Shall Know, as well as a collection of short stories, A Slanting of the Sun. His writings have been translated into more than 20 languages. His forthcoming novel, From a Low and Quiet Sea, tells the story of three men, each searching for something they have lost: a lover, a brother, a Syrian homeland. Burns Library has recently acquired Ryan’s literary archives. Sponsor: Boston College Libraries and the Center for Irish Programs.

This entry was posted in Guest Authors and tagged BC Libraries, Center for Irish Programs, Irish. Bookmark the permalink.