The Other Air Force 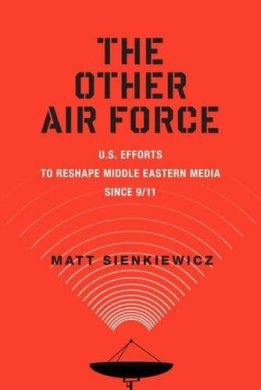 As it seeks to win the hearts and minds of citizens in the Muslim world, the United States has poured millions of dollars into local television and radio programming, hoping to generate pro-American currents on Middle Eastern airwaves. In his new book, The Other Air Force: U.S. Efforts to Reshape Middle Eastern Media Since 9/11 (Rutgers University Press, 2016), Communication Assistant Professor Matt Sienkiewicz shows that the Middle Eastern media producers who rely on these funds are hardly puppets on an American string, but instead contribute their own political and creative agendas while working within U.S. restrictions. Drawing from years of field research and interviews, Sienkiewicz gives readers a unique inside look at television and radio production in Afghanistan and the Palestinian territories, an interplay of U.S. military and economic might and local ingenuity and resistance. A review in the New Arab.

1 Response to The Other Air Force