The Grace of Silence 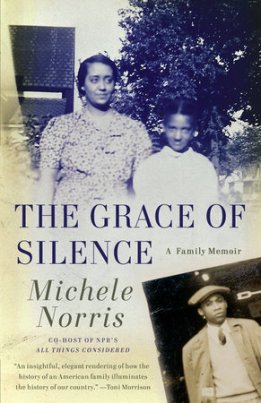 Award-winning journalist and longtime host and special correspondent for National Public Radio Michele Norris will present “The Grace of Silence and the Power of Words” on Feb. 16 at 1 p.m. in the Heights Room of Corcoran Commons. While exploring the hidden conversation on race unfolding throughout America in the wake of President Obama’s election, Norris discovered that there were painful secrets within her own family that had been willfully withheld. These revelations—from her father’s shooting by a Birmingham police officer to her maternal grandmother’s job as an itinerant Aunt Jemima in the Midwest—inspired a bracing journey into her family’s past. Her book, The Grace of Silence: A Family Memoir (Vintage, 2011), elegantly explores the power of silence and secrets and boldly examines racial legacy and what it means to be an American. Norris has gone on to create The Race Card Project, winner of the 2014 George Foster Peabody Award for excellence in electronic communication. Sponsors: The Division of Student Affairs and the Office of the Vice Provost for Undergraduate Affairs.

This entry was posted in Guest Authors and tagged race. Bookmark the permalink.