Gore in the Garden 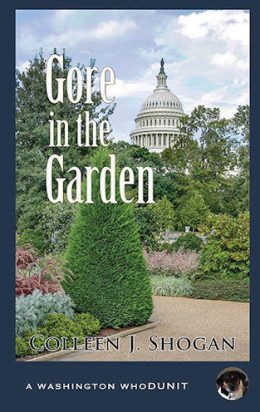 Colleen Shogan‘s mystery series featuring Congressional staffer and amateur sleuth Kit Marshall continues with Gore in the Garden (Epicenter Press, 2019). A high-ranking government official is found at the United States Botanic Garden, and Marshall is asked to investigate. According to Shogan, “The search for the killer requires [Kit] to tussle with an investigative journalist right out of a noir novel, a congresswoman fixated on getting a statue of James Madison installed on the Capitol grounds, and a bossy botanist who would do anything to protect the plants he loves.” Shogan, who works at the Library of Congress, is a graduate of Boston College. Gore in the Garden is book #5 in her Washington Whodunit series.

This entry was posted in Alumni Authors and tagged mystery, Washington. Bookmark the permalink.